When I share that my parents are from Portugal, and for many years my mother was a professional chef everyone jumps right into telling me that my love for the culinary arts came from my mother. This couldn’t be further from the truth.

I saw my parents work nonstop. I saw my parents unable to celebrate my birthday. I saw my parents hardly having a minute to check on me when I had something like Chickenpox or a cough. I remember most holidays of having a brief celebration, it was quickly pulled away as they rushed back into work mode. I saw my parents in uniforms. I saw my parents struggle. I saw the love and care they had even when they didn’t physically have the time to give to me. I got to try “exotic” foods at a young age including trying Frog Soup at age 7. 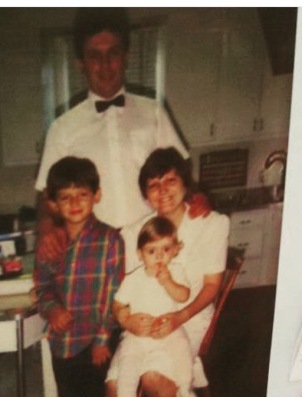 My father rest his soul, would probably never have expected that I would eventually go to a culinary school. My mother at times STILL comes off as being surprised. She sees the hustle, struggle, networking, how I have to explain and defend my value. I can tell it hurts my mother.

I did not find my passion for food young in life. My nickname growing up was in Portuguese, it translates roughly as tiny bird. I didn’t have much of an appetite when I was younger, and one finally truly kicked in when I was in my preteens.

I grew up eating home cooked meals, I am pretty sure I hadn’t tried mac ‘n’ cheese until I was around 14 years old at a friend’s house.

I would often go to school, smelling like food and actually being picked on for it.

In High School, I went vegetarian, before leaving for college I dropped off the vegetarian planet. After college I went vegan, probably a year into that I had unintentionally went raw vegan. At least two years of being raw vegan I was interested in culinary school and am now a graduate from Living Light Culinary. I mostly instruct private food classes and I have clients I prefer food, juices, cakes, and or snacks for.

Some people see this as a sensitivity for me it just feels as if I am finally completely connected with my inner workings. I could feel when a meal was settling well in my stomach and when it wasn’t going to rather quickly. To this day I can still tell within just a few bites if a meal is right for me or not. This greater view, a sweet connection with realizing how healing my meals, drinks and lifestyle could be all the time if I could simply, quietly, listen and feel.

When I went vegan THAT was when I grew a passion for food. I had a lot of questions, I was asking people around me for answers, watching documentaries, reading about food, sciences, agriculture the transition helped me become more aware. From this space I became enthusiastic about meditation, yoga, energy, healing, wellness and overall finally feeling excited about life.

I didn’t go Raw Vegan because of anyone else’s story, I was going along with my gut feeling. I could sleep better, my mind was gradually becoming more clear. Mentally and physically there was a healing process, I was able to face that some foods and some mental stories needed to be let go of.

I ask you all to listen to yourself. Every next level of your life will demand a different you. Often those around us will not be supportive. It will be confusing because this isn’t their body, their life, or their next level. See if you can love them no matter what. Try your best to not take sides, but to stand rooted in your self value. You don’t have to be a label like vegan, if what works for you just happens to be easily placed into one word okay. If not, can you be okay with that too. That will be your greatest strength, your grace.

Your culinary journey could be a long story just like mine is turning out to be haha. It is constantly morphing, flowing, pulsing and it is delicious! Please, let yourself have that exploration and never feel as if you have to defend or explain yourself.

Much love ❤ and raw power 😉