There has been a wave of people finding raw/living plant-based foods and freshly pressed juices as a way to loss weight. May be a documentary inspired them or they read an article online. Living foods, vegetables, fruits, herbs, seeds, and nuts have a pure and healing power when consumed in a clean state.

I can’t say my story is of losing weight, defeating cancer or diabetes, nothing along those lines. But I do have my own demons.

This usually surprises people but I gained weight eating living plant-based foods. I actually gained the energy to work out, eventually it wasn’t painful to run and I wanted to be active.

I have always been a rather healthy looking person, no issues with being overweight or anything of the sorts. But I had permanent circulation damage to both big toes. I have broken every finger several times. Twice I have slipped, fallen on my back, and blacked out.

My compassionate living plant-based foods lifestyle has given me the strength to take care of myself. I am more aware of the days where I can kick it up a notch and take it to eleven or have a more calm restful day. Exercise, rest, food, mental health, finding your inner most true self it is all healing. Life feels and looks different, it’s easier to see what I truly need. I can figure out my cravings or desires, get straight to the root.

For years I struggled with sleeping problems, anxiety, depression, and the amount of bullying I was faced with in school gave me a rather paranoid perspective. There was almost one whole entire school year where I did not show up. I was physically in so much pain from being depressed that I stayed in bed or played video games. I don’t remember showering, changing out of pajamas or even leaving the house. I’m not sure if that was because of my mental state that I do not remember these things, or if it really was like that. I do remember forgetting to put water in a pot to cook food and burning it. Little random things I can remember. I think the brain slightly goes into a protective mode to help us forget or move on from situations.

When I was around 12 years old my father was diagnosed with leukemia and when I was 13 he passed away. This was already a very awkward age for me, “turning into a woman” and all.

It also was becoming apparent that people were not familiar with leukemia, I had friends who didn’t want to come over my house because they thought it was contagious and get it from sitting on my couch or something. Classmates who hated me were forced by their parents to send me condolence cards and letters asking if I wanted to hang out. When I would go to school, I could hear those people saying how their parents made them do it and prayed that I would not speak to them.

From there my life had become more and more horrifying. Bullying in school was worse, and when my dad passed away that’s when I just stopped showing up to school. Even now sharing this with all of you is scary for me, my finger tips are having a battle with me and are running away from the keys.

Almost right after my father became ill I needed glasses to see things from far away plus I have a stigma in my left eye. I personally believe this was all stress related. Over the years my eyes have become better, and starting this year I stopped wearing my glasses all together.

There became a point where I was fed up with feeling sick, tired, miserable, and weak. I very gradually started to change the way I ate, became more interested in yoga, biking, hiking, and actually making a point to be outside more.

I can not stress enough how eating habits can not just be a “diet,” that means it is something just temporary. For me I found a lifestyle, a way of being that opened up my body and spirit for so much more. I became hungry for knowledge, answers, change, and movement in general. I hope everyone finds a lifestyle that makes them truly happy, aids in them finding their most authentic self and healing can occur.

When I started feeling better, I began to have more respect for myself. I wouldn’t take anymore shiitake from people being mean or manipulative. I had the energy to work out, to feel and understand how movement is essential for a moving living body.

Eating living foods is more than just food. This is our fuel, it starts up our hearts, eyes, movements, everything gradually becomes different.

Below is a photograph of me in 2006, when I was just starting to realize how sick and tired I was of feeling sick and tired. I would occasionally have acne not just on my face but on my chest and back. Stomach pains were extremely common and more or less a daily thing. This was still when I was having sleeping problems but they were not as intense as before. I would still wake up some nights to my own voice screaming and crying. My temperament was unbearable I would say I was an overly passive aggressive person. I didn’t like myself, and overall I usually didn’t like anyone. I did not believe I could trust anyone, my social skills were completely off and even now I can admit I say or do things that reflect this. My social awkwardness currently is better, not rude at least, but just weird 😉 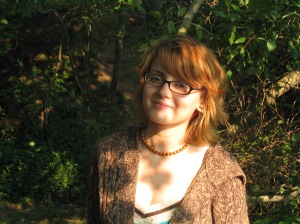 Like I said before I have actually gained weight going raw but I gained lots of muscle. My sleeping problems are scarce, now every other month or so I can not sleep for about a week. But typically I go to sleep now around 9:30pm and am up and ready to rock n’ roll at 7am. I think my body still has some healing and work to do! So I am making up for years of lost sleep.

I would like to think I am a kind, compassionate, and goofy person who loves to help others. Somehow I now have a massive laugh that can typically be heard from outside buildings or opposite ends of the grocery store. I think I am on my way to finding my most inner, true self. Here is a photograph of me from just a few days ago, making the time to go outside for a bit! I never use to care about getting sunshine, but on this journey I have noticed how much better I feel, energy, sleep, mood when I get around 20-30 minutes of sunshine a day. With yoga and continuing my living plant-based foods lifestyle my circulation issues create no pain. I have practiced strengthening my balance and understanding of focusing on the present moment. Breathing changed how my body felt, my mind wasn’t unbearable to be in.

Taking out processed foods took a whole physical weight of hate off me. My thoughts and life with time became easier, happier and enjoyable. It’s hard for me to believe that I was ever the miserable person I was before. That layer of me peeled off such a long time ago, once in a while there are little reminders like anything that gets drifted away into the air. I have grown to appreciate it and forgive.

I was bullied from the 5th grade until I graduated high school, my whole middle school to high school career. It’s been taking me much longer than I ever expected to forget what happened, to forgive and see the real truth. I try to remind myself that it helped mold me into the person that I am today. I can’t even watch horror movies because I cringe and leave the room, I don’t want to see anyone hurt.

I forgive myself for not taking action sooner, for letting bullies bully me, and I accept it as wisdom now.

I gradually went from vegetarian, to vegan to a compassionate living plant-based foods lifestyle. It was the new skin that grew on me and as terribly Hollywood movies as it sounds it helped me stay alive & thrive.

So here is to looking for knowledge and gaining wisdom. For everyone to find their own food morals or lifestyle that becomes their own skin, air, and life.

Thank you all so much for stopping by my site and taking the time out of your day. It’s honestly extremely difficult for me to share this chunk of my life but it’s important for me to have this community where I can share my journey. Much love ❤ and raw power 😉

Health Benefits of Melons, Juicing, Digestion, and Ideas On How To Consume Them If You Aren’t A Fan :) »
« Artificial Coloring, The Great Mock Food Artist. Pesky Ingredient Day <3