Over the years I have been straying away from eating foods that mimic or are named after dead foods/cooked foods. My adventure at the Living Light Culinary Institute set me back a bit with this though and being in awe at all of the raw vegan options right at my hands in California did not help either. Whole raw dehydrated goodies isles, raw vegan chili, chow mein, ice cream, chocolate all of these things I never was gaga about all of a sudden look so alluring and needed. Even when I ate cooked foods these items were never a must have or a typical meal for me.

After getting away from the illusion of glory from eating these foods was when I was reminded that we as human beings are meant to eat simply. Lasagna, chili, cheesecake, kale chips, taco salad…these are all things we as human beings created. It serves no greater purpose. It’s a name with all these items we decided must be put together to be the complete recipe.

Unlike for example, kale salad or a fall salad with apples, fennel, oranges, beets and dill. Our foods became more complicated, so we are people became more complicated, our illnesses, negative thoughts, desires, hatred everything went to this level that shouts danger. As human beings our energy went lower, this vibration caused a sinking affect in the whole universe. Even animals, insects, plants, the air…anything and everything was harmed by this.

To me, part of supporting a living foods lifestyle is trying to change all of this. To have some sort of harmony within ourselves, with other creatures, plants, the air, space all of the elements that make our world. So buying packaged foods, even if it’s your favorite flax crackers starts to defeat the purpose. Buying produce, supplements, herbs from the other side of the world.

So for my Thanksliving I tried to eat foods that I found to have the least negative or an impact that was enjoyable, quick, colorful and loving. I did not have a nut loaf, pumpkin pie, persimmons nog, cauliflower mash none of that. Here are photos of my Thanksliving meal. 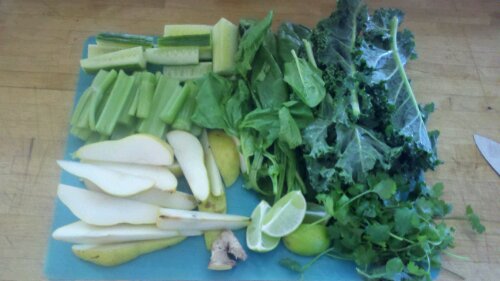 Let’s be grateful everyday for all the creatures and elements of our universe. We all impact one other so greatly, no matter how long the universe seems at times it’s really not ❤ time, distance, space is something we all created.

On an even more personal side.

Saudade. Sometimes it’s so hard to use the exact words to explain how something or someone feels. My Portuguese is getting very rusty, but this word covers so many different emotions that fully express missing something, someone, some part of my being. My trip back to the East Coast will be a major help though! It’ll be roughly 7 months since I’ve seen my family, oooof 😦

Saudade has no exact translation into English, even more fitting for this deep emotional state of nostalgia. A longing or even obsession for an absent thing, person, feeling, that one loves. In many Portuguese stories and music it is almost always acknowledged that this object of obsession will never return. I have seen this word mentioned in stories of the sea. That longing to be back on land, or when we are on land longing to be out in the ocean. Yearning for something or someplace that is missing.

I have had this feeling scrawling up my body during my time in Los Angeles. It is a venom that is incomparable to anything I have yet to experience in my life. The weather here is complete bliss, the produce tastes as if it were picked out of some hidden paradise. But the high egos, harsh words spoken about others instead of being more than an appearance has had a major impact on me.

I keep telling myself to create more videos, walking, talking to people, making food, when I dance around while juicing…to just create and show people to please be who you are. But I hear my lack of confidence getting in the way.

Why listen to me? Who cares? I sound stupid. I don’t want people to see how I look, how I stumble over words when I get nervous. I blush and laugh over the littlest things. I never edit, watch or even look over what I have written before publishing it. Otherwise, I would most likely never put it out there.

Yet this is exactly what attracts people to one another. So I want to apologize now for the lack of videos. Of course it is easy to write what fills me up, but to speak it to really let it come to life for people to see my emotions isn’t all that easy.

Thank you for taking the time to stop by my site and listen to my jibber jabber. Hope you all had a lovely holiday with great food and even better company. Much love ❤ and raw power 😉