Today for breakfast I made my own version of a Green Detox Juice, there is a recipe by fitsugar.com that I have tested out before that is delicious also! I think their version is a little bit gentler for those who have not consumed many green lemonade like concoctions before.

For breakfast I had my Jessie’s Green Lemonade Detox Juice: 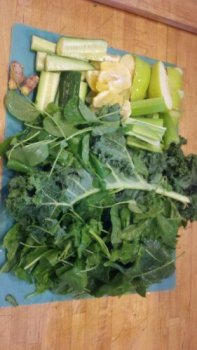 One small handful of watercress

2 Meyer Lemons (or whatever type you can find) 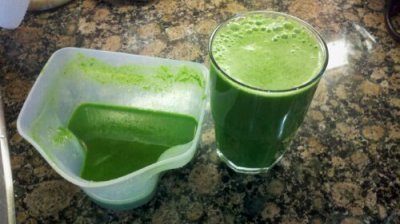 This juice is loaded with cleansing fruits and vegetables, especially those that are diuretic 😉 I love the use of watercress in this because sometimes it may feel difficult to figure out how to use this nutritious green. Watercress is great in salads & juices. Roughly, 80 grams of watercress equals 42% of our daily recommended intake of vitamin A. It is also high in vitamins and minerals; B, E, Folate, Calcium and Folate.

There are only 18 calories per serving of watercress. Studies have also shown a reduction in DNA damage in white blood cells when watercress is consumed daily. Watercress is great for cleansing the liver, which helps cleanse your whole body. This is how watercress can be so cleansing for our skin too. So think about giving watercress a chance ❤

Okay, I’m sorry but I am wicked excited about sharing this juice recipe. OH MEEE GAWD, its delicious, beautiful and colors your lips into the most luscious fuchsia color. 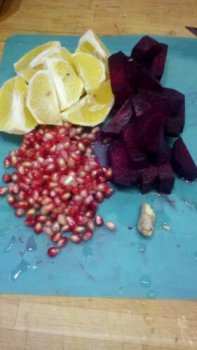 An inch of ginger

Half a pomegranate worth of kernels (optional, adds a nice sweetness though) 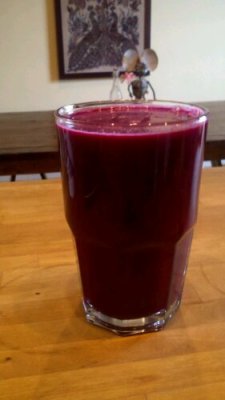 This sweet lemonade has a little kick with the ginger and is fairly easy to want to chug this down. One of the easiest ways I have found to get pomegranate kernels out is by cutting the pomegranate in half, scooping out the kernels, and letting it soak in water. The white bits from the pomegranate shell will float right up! My pomegranate was becoming soft, which is bad :-X That is why you can see some kernels gone brown. 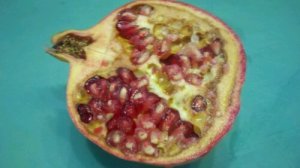